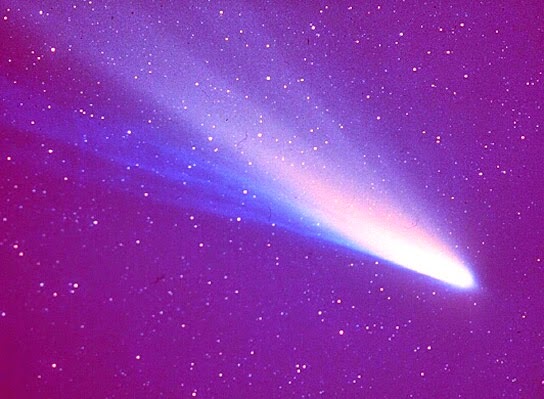 W e now know that the sun will eventually start to cool down, expand and explode. Mankind hopes that well before that it will escape from earth and colonize other planets so that the human race as it exists on earth can be preserved. This is easier said than done. Interplanetary travel from one habitable planet to another is a daunting task for the most advanced of civilizations and even if it did become possible one may find on arrival on another planet that the precise chemical composition of the new planet has made all available food toxic. The mineral compositions of planets vary. Mankind need not despair. Nature has devised a better plan. In fact it has been in place ever since the universe has existed. In fact that is how humans arrived on Earth to begin with. When a star begins to cool down, most forms of life are frozen into extinction. However many bacteria, including the most useful ones have the ability to go into frozen hibernation and do so promptly on freezi
Post a Comment
Read more

The Proxima Hypothesis – Life Around Every Star 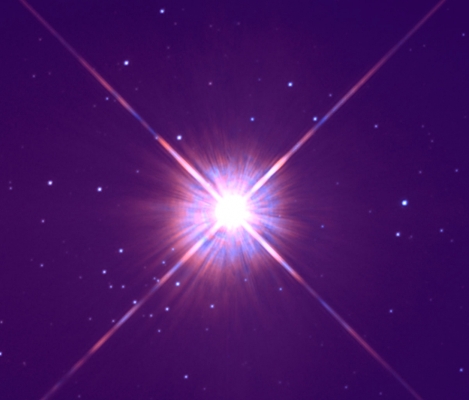 https://www.nasa.gov/content/goddard/hubbles-new-shot-of-proxima-centauri-our-nearest-neighbor/ Proxima Centauri is a small red dwarf star located just 4.25 light years away. It is slightly closer to Earth than the famous binary pair of Alpha Centauri A and B.   There is an exciting new discovery of a planet around it called Proxima B with a mass of roughly 1.3 times that of Earth. It exists in a temperature zone that has possibility of liquid water on it. See this report: http://gizmodo.com/watch-live-meet-proxima-centauri-home-to-our-newest-e-1785821939 Earliest posts of this blog have described how, if, temperatures are right for water to exist on a planet, life emerges automatically given enough time. Even the presence of water and oxygen is not necessary to begin with since cyano bacteria can create it before oxygen breathing life emerges. The mechanisms as proposed were an extension of the Panspermia hypothesis and it was dubbed as Pansemeria. A new
1 comment
Read more

From Birth to Bliss – The Human Journey 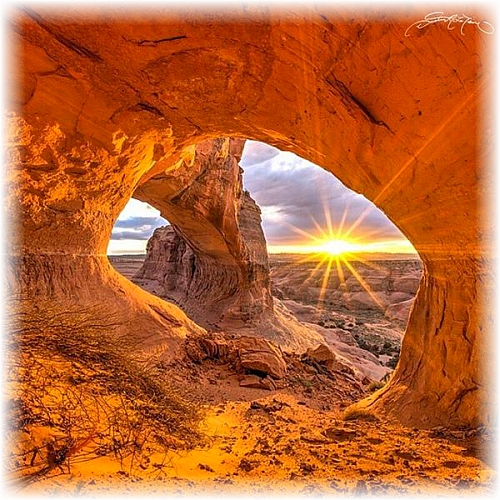 https://twitter.com/NaturePicturez/status/646708288315256832/photo/1 1. Light Light is the original form of energy, others such as heat and mechanical energy are different forms of it. Matter is a concentrated form of energy. That is why such huge amounts are released in a nuclear explosion.  Creation begins with creation of photons, the fundamental particles of light. Basic elements of our universe are created out of these particles. Planets emerge by matter coalescing together in clumps. The early atmosphere of planets is gases such as hydrogen, methane and carbon dioxide. As life begins to emerge, light is required by the most basic of life forms – Cyano Bacteria. With the help of light they produce oxygen along with water. The latter is produced by a combination of oxygen with other gases such as methane and hydrogen. Oxygen breathing life forms may then emerge. A plausible scenario for this creation and also how higher life forms evolve starting from singl
Post a Comment
Read more

How Comets carry seeds of life across space 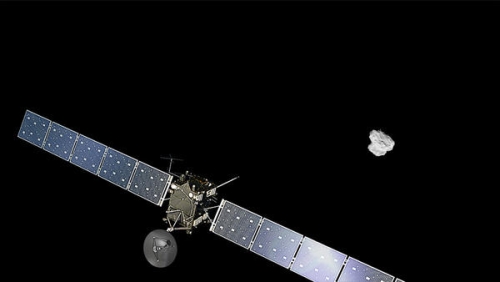 http://www.latimes.com/science/sciencenow/la-sci-sn-oxygen-rosetta-comet-20151027-story.html E arlier posts in this blog have postulated that life does not exist just on earth but is rather widespread across the universe albeit in planets too far from each other to make contact, it further postulated that life spreads across space through comets as bacteria and viruses, the only form of life that may survive as frozen life in the long journey from one planet to another and that comets may be formed as fragments of life bearing planets. Once such bacteria arrive on a planet that has sunlight, temperatures in the appropriate range and gravity enough to hold an atmosphere etc. for life to exist, then life begins to unfold slowly on the planet over billions of years. True such planets would be rare but seeing that the universe is a virtual infinity of stars they are likely to be many. The earlier articles were written more than eight years ago and can be found as ea
Post a Comment
Read more

How The Ice Age gave birth to Human Civilization 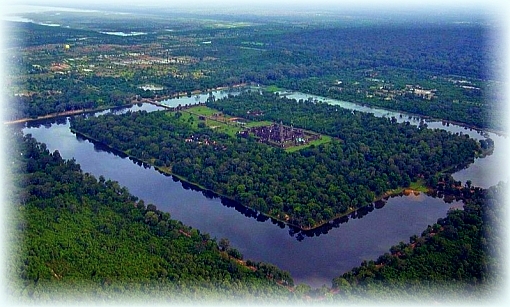 Image Source: https://commons.wikimedia.org/wiki/File:Angkor-Wat-from-the-air.JPG Everyone knows of annual variations that take place as the Earth orbits around the Sun. However there are other much longer duration variations that also take place. As the Earth spins around its axis and orbits around the Sun, several other periodic variations occur. Milankovitch, a Russian Scientist, studied some of these changes in Earth's movements and described what are known as Milkanovitch Cycles. Such changes in movement and orientation alter the amount and location of solar radiation reaching the Earth and  are a cause of various ice ages and variations within the ice ages that the planet has witnessed in the past. There are other factors that also contribute to the occurrence of such major climatic changes. There have been at least five ice ages in the past and presently we live in a relatively warm portion of an ice age that is currently on. That is why the polar ice sheets
Post a Comment
Read more

Discovering signs of life on a comet How life came to Earth Some of the earliest posts of this blog dating back to 2006 suggested that seeds of life were brought to earth by comets. The theory can be reached quickly by clicking archive links in the side bar. The theory named Pansmeria, an adaptation and detailing of the Panspermia hypothesis, then went on to develop a model of how life emerged on Earth and how it may emerge similarly on other habitable planets of the universe where temperature is in the range to permit presence of liquid water, sunshine conducive for photosynthesis and gravity sufficient for holding an atmosphere. Some of the precise details of the theory may need slight revision but this blogger stands by the overall picture as originally presented. Every new evidence that has emerged from science since has supported it. Now new evidence from the Rosetta mission support the founding principle of the hypothesis of eight years ago, that comets can
Post a Comment
Read more

Ancient civilization along the Indus and Saraswati Rivers   With new archeological finds the dates of ancient human civilization are being pushed back, “Asia's largest and oldest metropolis with gateways, built-up areas, street system and wells was built at the site of Haryana's two villages, including one on the Ghaggar river, according to a new Archaeological Survey of India (ASI) report. The report, based on C 14 radio-dating, has said the mounds at Bhirrana village, on the banks of Ghaggar River, in Fatehabad district date back to 7570-6200 BC.” The 356-page research on Rakhigarhi has been authored by former ASI's archaeology director Dr Amarendra Nath, the holistic study on Bhirrana has been compiled by ASI's former joint director general K N Dikshit and addtional diector general B R Mani. However, as speculated in some earlier posts yet more ancient remains may now be submerged in coastal regions of Southern India and these sites may be
Post a Comment
Read more

On the Tamil origin of Ancient human civilisations 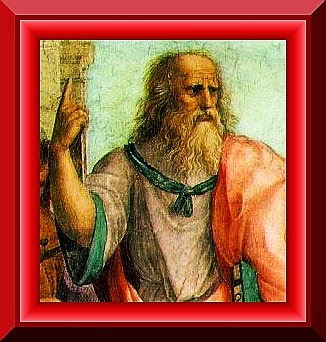 Plato by Raphael Thinking and motivations, both good and destructive, in society develops over centuries from its experiences. Since these experiences are different in different parts of the world, it is not surprising that some of this thinking is different. Usually in fictional imagination when visits by aliens from other worlds are visualized, many in western societies imagine them as attacking humans. This has surprised people from India, why would they attack? It is so much easier, nice and advantageous to love instead and if there are aliens intelligent enough to learn travel through space surely they are not as stupid as to pounce on humans jumping around and shouting hoola hoola hoo!  This was the philosophy of ancient humans too that gave birth to human civilization in Southern India and later Indus-Saraswati valley, Sumeria etc. The dark foreign Sumerians with their own strange language, local Akkadians and others like the fair northern Armenians came together in b
3 comments
Read more
More posts

Ashok
International educator, thinker, technologist, scientist and mystic ever striving to do the right thing as pleasing to God in his humble understanding. Dr. Ashok Malhotra holds a doctoral degree in engineering from the University of British Columbia, Canada.

The Full Story of Human Creation

To read the story of human creation as per the Pansmeria or Pansumeria Hypothesis ( a development of the Panspermia theory) begin with oldest post of September 2006 in this blog and then proceed to newer posts by clicking the link on bottom left of that post. the oldest post is:
http://alienaccount.blogspot.in/2006/09/universe-we-live-in.html